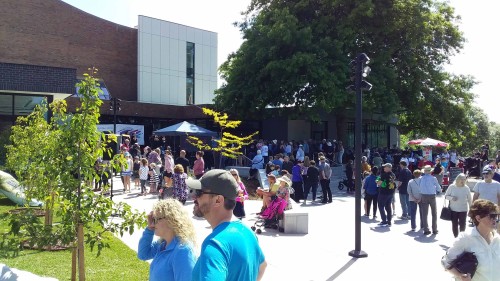 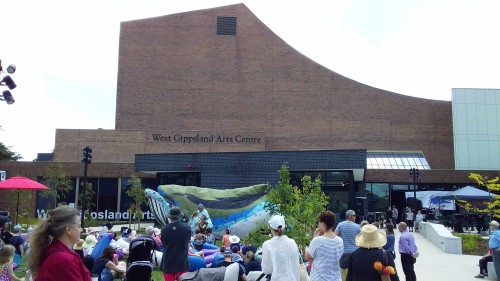 The West Gippsland Arts Centre was once again a hive of activity and entertainment on Saturday 17 November when the facility officially reopened with an exciting community celebration.

Hundreds of community members came out on a perfect spring day to join in the reopening festivities appropriately themed “Welcome Home”.

Held alongside the Warragul Farmers Market and Arts Market, the festival was alive with roving performers, interactive theatre displays, song and dance performances and guided facility tours for those keen to see the redevelopment in detail.

The celebrations were capped off by a free evening performance by the Gippsland Symphony Orchestra in the refurbished auditorium.

The $14.1 million redevelopment is the largest capital works project ever undertaken by Baw Baw Shire Council.

Among a huge scope of works for this project, the biggest change has been the construction of a new balcony increasing seating capacity from 490 to 750 – finally accommodating the audience number first envisaged for this facility when it was originally built over three decades ago.