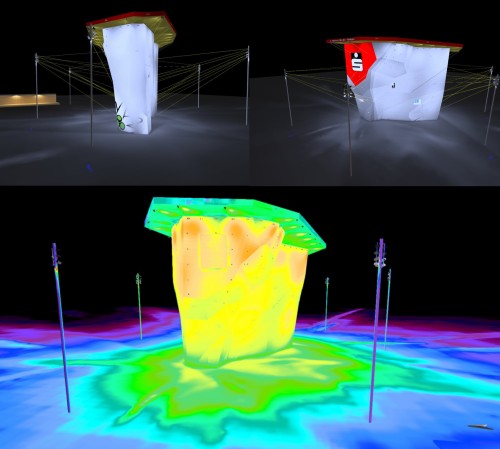 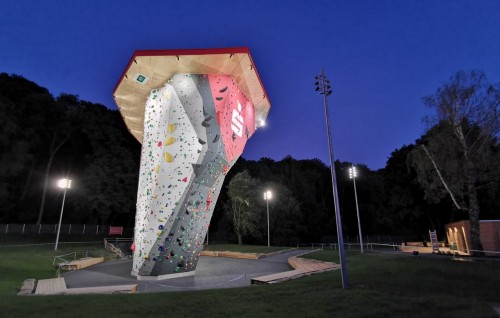 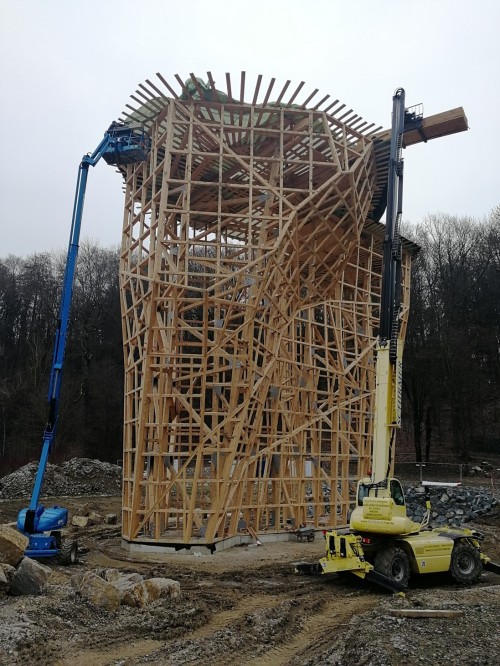 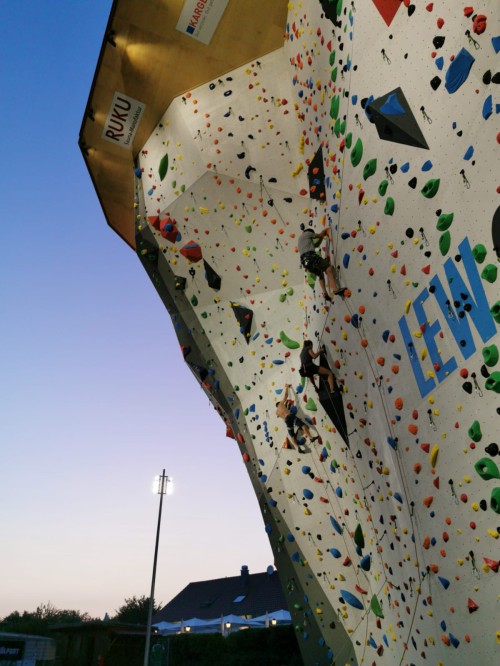 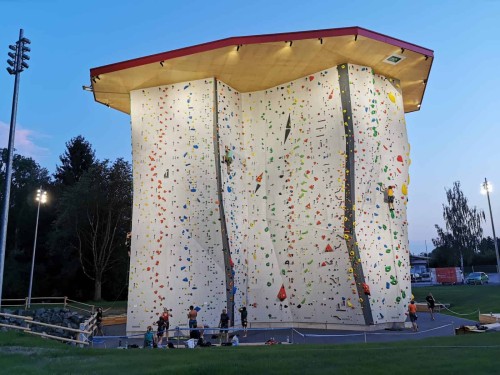 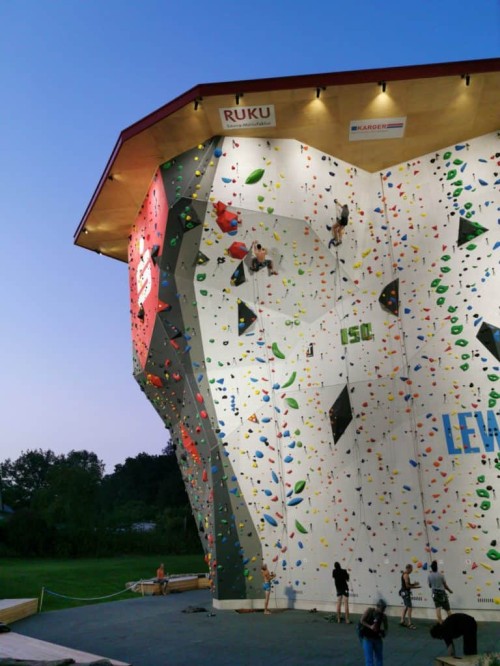 On July 20th, 2019 in Illertissen, Germany, after a year of construction the Sparkassen Arena DAV Climbing Center opened. This international competition level climbing structure is around 65 ft in height and has over 90 climbing routes on 8,611 square feet of climbing surface.

LIGMAN Germany delivered the entire lighting solution that met a specific and challenging client brief: A solution ensuring the structure meets World Cup level requirements of 30 footcandles with high uniformity and no glare for either the climbers or belayer whom control the ropes and no mounting of fixtures allowed anywhere on the wall surfaces or the surface under the crown canopy.

Using 3D light calculation software, LIGMAN designed a installation with optimum positions, aiming angles and glare-shields using a system of ODESSA projectors and accessories in clusters on tailored columns around the structure. This system laterally illuminating the precisely calculated angled climbing surfaces and downward-aiming and crossing beams to minimize the shadows cast by the climbers themselves.
Supporting these clusters are a series of additional ODESSA spotlights mounted on the extremities of the crown canopy to cover the top of the structure with angled downlighting, which again minimizes any shadow issues for climbers at the final stages of their ascents. The project was comprised of 63 ODESSA floodlights, clusters of 6 or 8 floodlights on 6 custom poles and an additional 19 ODESSA floodlights mounted around the crown canopy, with the addition of the LIGMAN VEKTER illuminating the new clubhouse.
The whole system is operated and adjustable via a custom DALI project lighting control system to allow the users to switch between leisure/training climbing, club level and international competition lighting levels, with the crown fixtures remaining on at 30% beyond climbing hours to provide some low-level ambient lighting for the park site. The stunning project’s opening day saw a number of elite climbers, including a current Junior European Champion amongst the first of those to climb the wall, with the next European Championship due to be held at the venue this Autumn
Luminaires Used
• Odessa Cluster Column
• Odessa Floodlight