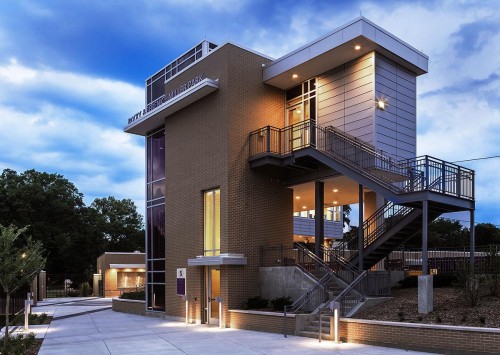 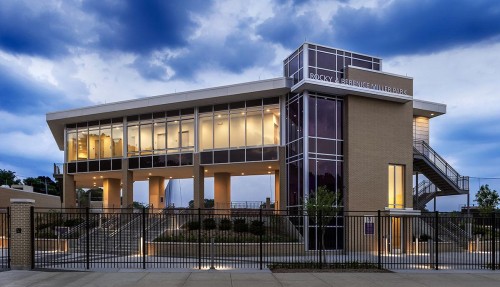 Pepper renovated the Rocky and Berenice Miller Park into a state-of-the-art facility for Northwestern student athletes and the community. The two-phase project includes renovations to the field and dug-outs, a new press box and three new one-story buildings, including a clubhouse, concessions stand, ticket office and restrooms. The 5,000 s.f. clubhouse features training rooms, a lounge, locker room, laundry and administrative / coaches offices. The project includes new landscaping, hardscape and an irrigation system throughout.

Work began with the installation of a new drainage system, an astro-turf field and field netting. In addition, we extended and upgraded the dug-outs.

The second phase of work focused on the press and the public. The existing press box was demolished and a section of the existing seating bowl was removed. We then expanded the seating area and constructed a new press box above it that includes AV rooms, an announcer’s office and executive suites. In addition, we constructed three new one-story buildings – a clubhouse, concessions stand, ticket office and restrooms. A new transformer was installed behind the field that feeds all the new buildings as well as other buildings within Northwestern’s athletic complex.

The baseball stadium is named for J. Roscoe (Rocky) Miller, who served as Northwestern University president from 1949 to 1970, and his wife, Berenice, in recognition of a gift from their daughter, Roxy Miller Pepper.