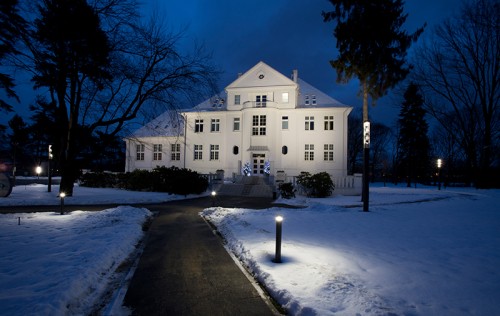 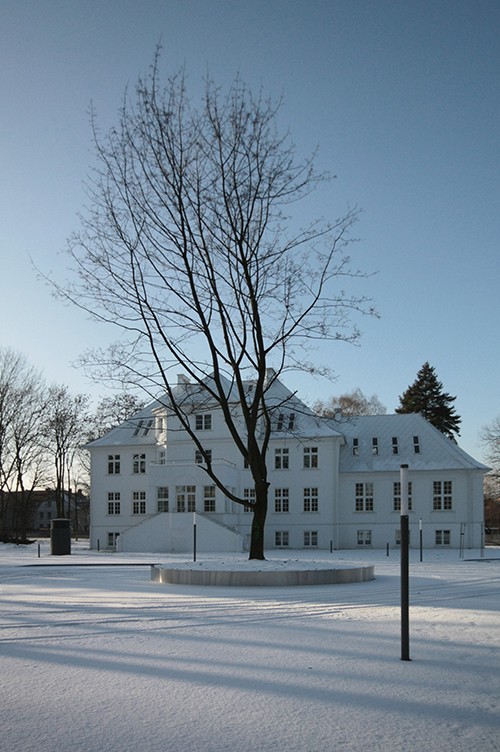 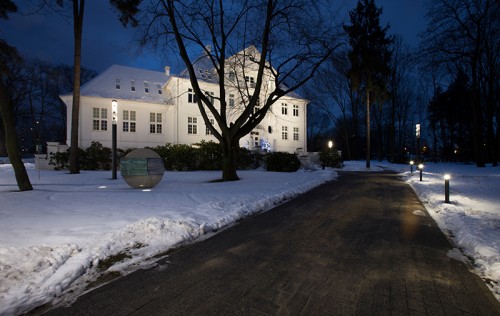 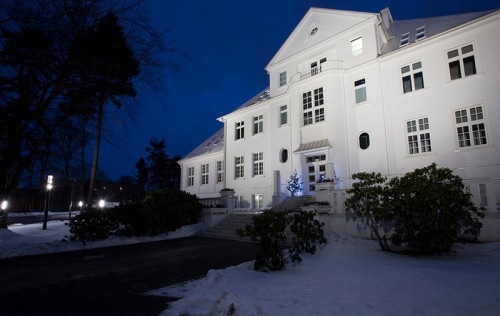 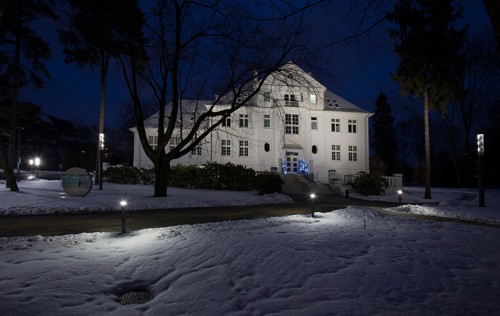 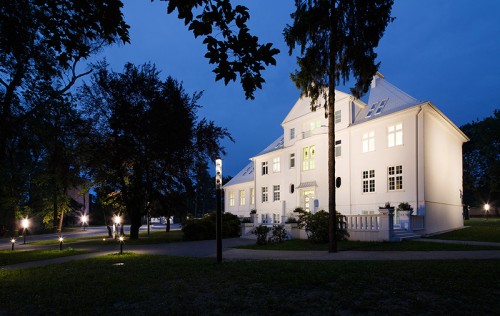 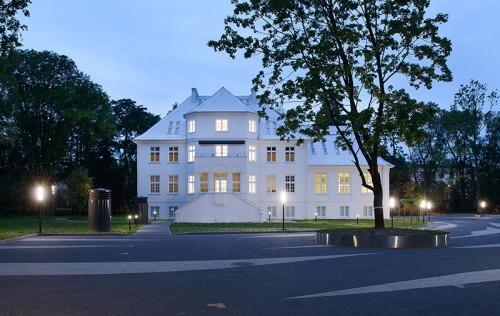 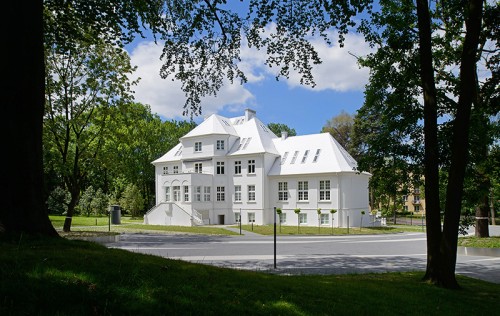 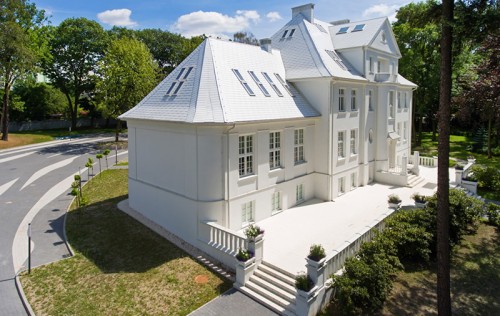 The project of revitalization of a villa, built in the 19th century. The concept involves adapting the existing facility to the office function, building a new pavilion acting as the customer service and redesigning the park surrounding the villa. Currently the first stage of the project is completed, involving a comprehensive modernization of the historical villa.
Arthur Neumann’s villa built in 1926 at Rybnicka 27 in Gliwice is the object of a revitalization project. The main body of the villa is two-story, covered with a high roof, dominates over the single-story part. The front façade is decorated with a risalit concealing a staircase. In it there is an entrance to the building, preceded by a representative entrance terrace. Next - the entrance hall leads to representative and ceremonial rooms, including a veranda, where there is an access to the garden.
A staircase illuminated by stained-glass windows with glazing leads to the upper floor. For several years the facility was unused. Authenticity of the villa and park was recognized as a significant value. At the same time efforts were made to communicate the contemporary adaptation of what designers have decided to emphasize, being aware that these are contradictory aspirations and a range of means of expression limited. Original shape of the villa was retained - and also its historical form was emphasized through the use of white color outside (the roof) and inside. This caused that the villa is close to an abstract block, almost unreal. The contrast with the surrounding park greenery additionally intensifies the historical features of the building. Villa surroundings has also been designed to preserve the character of the park - old trees were left and "landscape" parking patterns were used. Warming of the building was partially abandoned and an ultra-thin insulation material was used. Thanks to that stucco decorations were restored and dimensions and divisions of windows were preserved.
Inside the building a usable space was expanded - floors layout was rebuilt and the attic was adapted. It was also necessary to strengthen the ceilings and the totally rebuild the staircase. New stairs were made of glass - to interfere as little as possible in the atmosphere of the interior, and at the same time to emphasize a new item. A compilation of historical elements with modern solutions was obtained. Inside the villa, white color us broken by retained elements of its original interior. Luminous background highlights the beauty of the ancient elements. Restored stained glass windows decorate the upper windows - compositions in form of a bouquet of colorful flowers in a red vase. A fireplace is another accent color on the white background. Green tiles with floral ornament constitute the framework for the hearth, with a metal grate in gold. On the floors parquet was restored. Historic door carpentry was also preserved. A ceremonial hall currently serves as a multimedia conference room.
Investment plans also include the second phase of the project – building a new office building. The newly designed glass block will be elliptical and will be gently complementing the shape of the historical villa and the park meanders. The idea is not to dominate the park and villa - the glass will reflect the environment – it will optically "dematerialize" the new building.